Tarangire National Park has some of the highest population density of elephants as compared to anywhere in Tanzania, and its sparse vegetation, strewn with baobab and acacia trees, makes it a beautiful and distinctive location to visit.

Located just a few hours drive from the town of Moshi, Tarangire is a popular stop for people travelling through the northern safari circuit on their way to Ngorongoro and the Serengeti. The park extends into two game controlled areas and the wildlife is allowed to move freely throughout.

Before the rains, droves of gazelles, wildebeests, zebras, and giraffes migrate to Tarangire National Park’s scrub plains where the last grazing land still remains. Tarangire offers an unparalleled game viewing, and during the dry season elephants abound. Families of the pachyderms play around the ancient trunks of baobab trees and strip acacia bark from the thorn trees for their afternoon meal.

Breathtaking views of the Maasai Steppe and the mountains in the south make a stopover at Tarangire a memorable experience. Herds of up to 300 elephants scratch the dry river bed for underground streams, while migratory wildebeest, zebra, buffalo, impala, gazelle, hartebeest and eland crowd the shrinking lagoons. 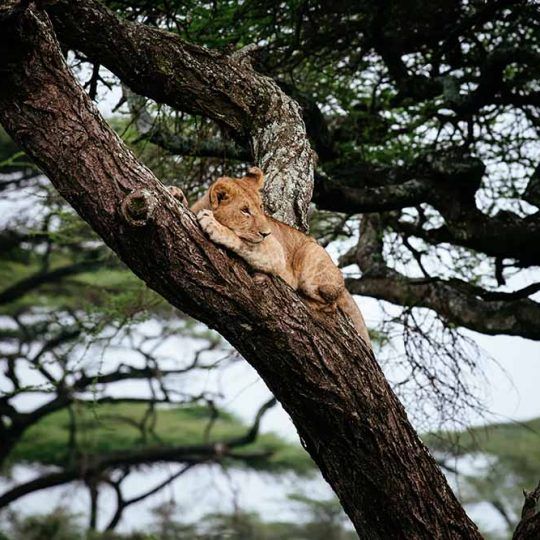 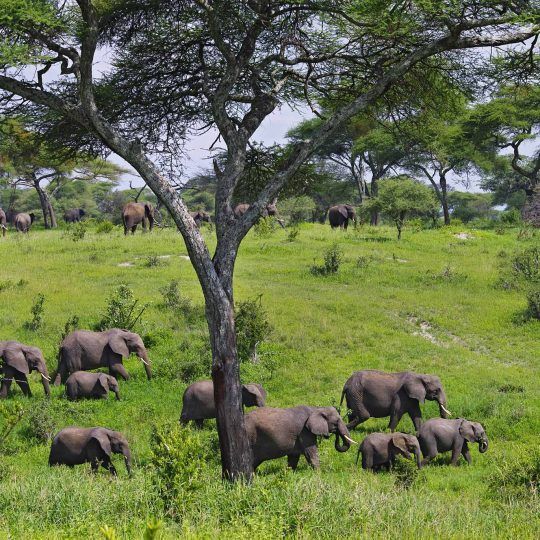 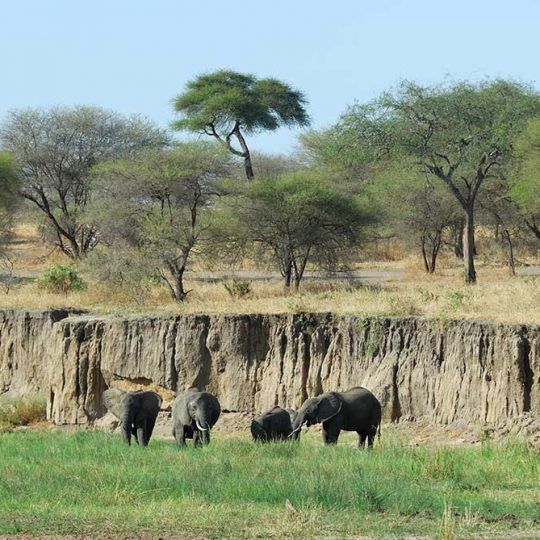 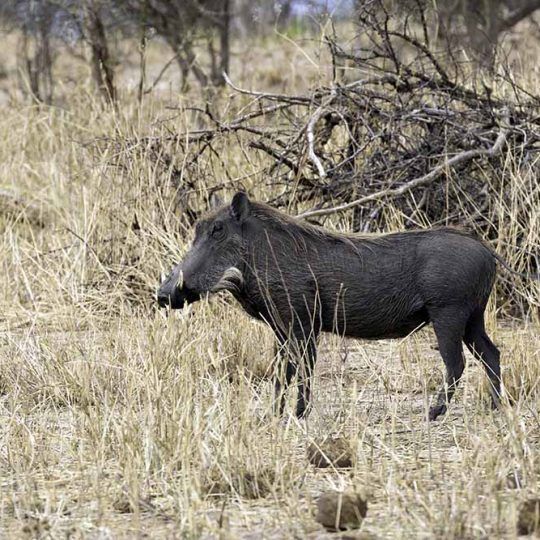 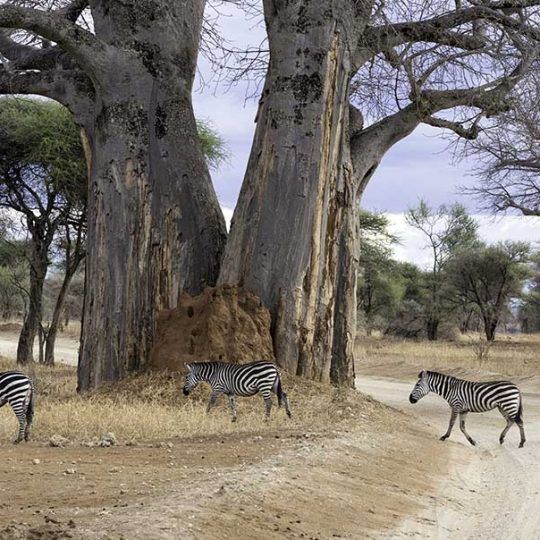 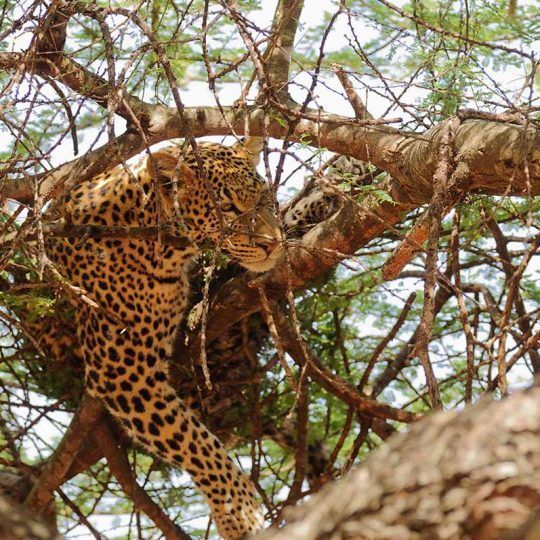 It’s the greatest concentration of wildlife outside the Serengeti ecosystem – a smorgasbord for predators – and the one place in Tanzania where dry-country antelope such as the stately fringe-eared oryx and peculiar long-necked gerenuk are regularly observed.

During the rainy season, the seasonal visitors scatter over a 20,000 sq km (12,500 sq miles) range until they exhaust the green plains and the river calls once more. But Tarangire’s mobs of elephant are easily encountered, wet or dry. The swamps, tinged green year round, are the focus for 550 bird varieties, the most breeding species in one habitat anywhere in the world.

Tarangire National Park is noted as a safari destination for its elephant population and spectacular baobabs of every shape and colour. The parks name is derived from the Tarangire River, the parks only source of permanent water. In the dry season this river is the lifeline, attracting much of the game. Huge herds of elephant, Zebra, buffalo, wildebeest and rhino and lion enjoy this terrain and are frequently seen.The Tarangire Park is also synonymous with two of the rarer game species; The greater kudu and the Fringe-eared Oryx. In addition, leopardand tree-climbing pythons often inhabit the trees. Due to the low volume of traffic in the park, the game is wild, being unaccustomed to vehicles, this offers a truly unique experienceFor guests on the Full Game Package, two game viewing drives in open-topped 4WD vehicles are included in the package. Large herds of antelope of all sorts including: eland, lesser kudu, Kongoni, impala, Zebra, gazelles, buffalo, wildebeest, leopard, elephant, rhino and lots of smaller mammals.