Gombe Stream National Park, located on the western border of Tanzania and Congo, is most famous for Jane Goodall, the resident primatologist who spent many years in its forests studying the behaviour of the endangered chimpanzees.

Situated on the wild shores of Lake Tanganyika, Gombe Stream is an untamed place of lush forests and clear lake views. Hiking and swimming are also popular activities here, once the day’s expedition to see the chimpanzees is over.

Gombe Stream’s main attraction is obviously the chimpanzee families that live protected in the park’s boundaries. Guided walks are available that take visitors deep into the forest to observe and sit with the extraordinary primates for an entire morning — an incredible experience and one that is the highlight of many visitors’ trips to Africa. Besides chimpanzee viewing, many other species of primates live in Gombe Stream’s tropical forests. Vervet and colobus monkeys, baboons, forest pigs and small antelopes inhabit the dense forest, in addition to a wide variety of tropical birdlife.

Gombe is the smallest of all the Tanzania’s national parks: a fragile strip of chimpanzee habitat straddling the steep slopes and river valleys that hem in the sandy northern shore of Lake Tanganyika. 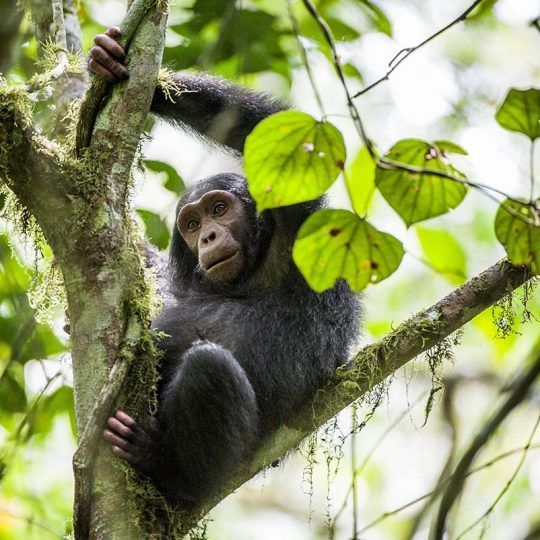 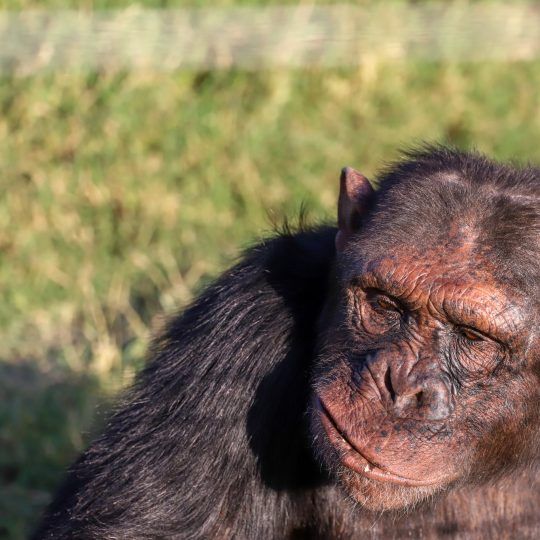 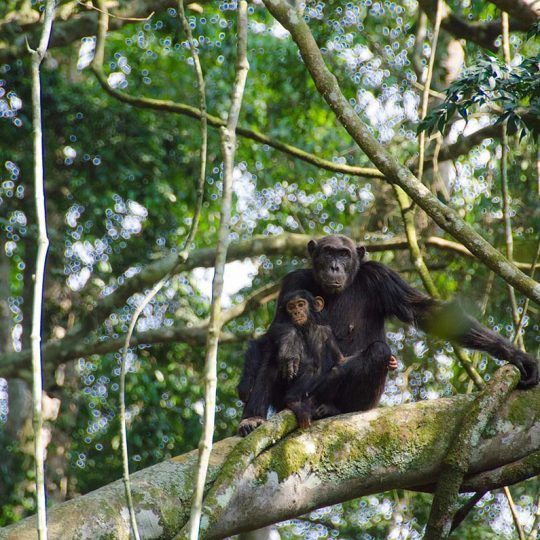 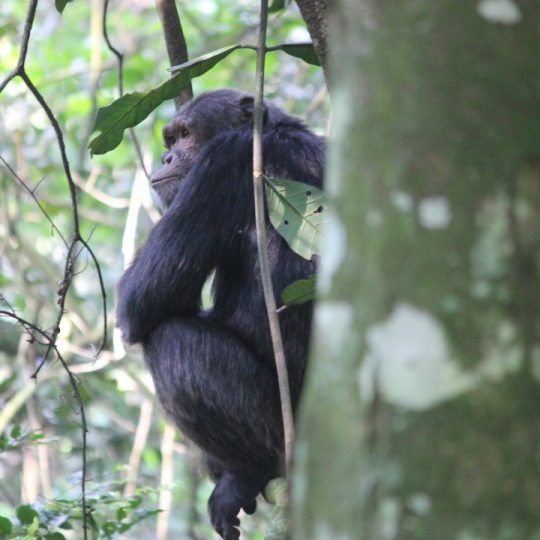 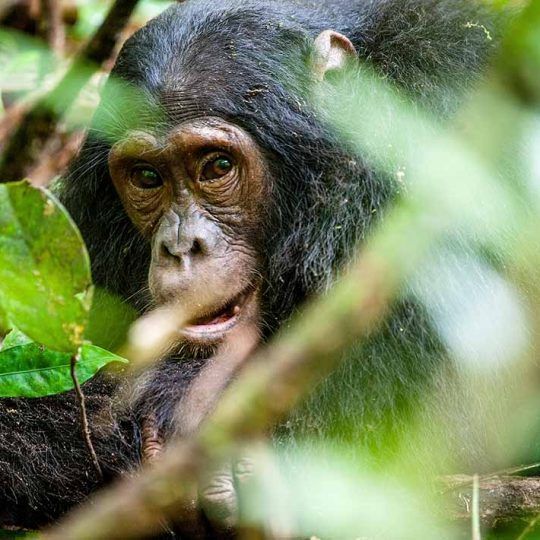 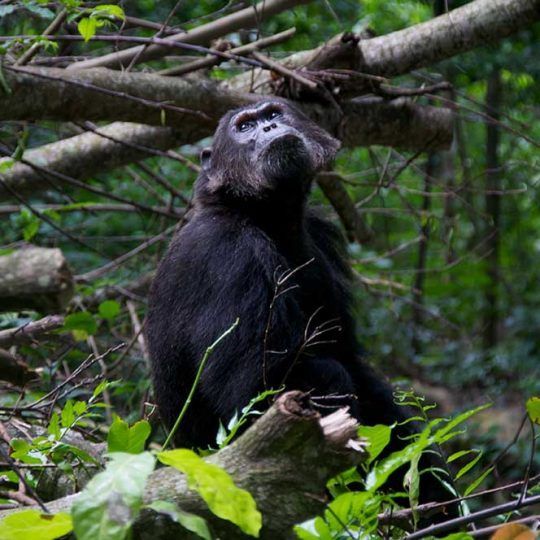 Its chimpanzees – habituated to human visitors – were made famous by the pioneering work of Jane Goodall, whom in 1960 founded a behavioural research program that now stands as the longest-running study of its kind in the world.

The matriarch Fifi, the last surviving member of the original community – that was only three-years old when Goodall first set foot in Gombe – is still regularly seen by visitors.

Chimpanzees share about 98% of their genes with humans, and no scientific expertise is required to distinguish between the individual repertoires of pants, hoots and screams that define the celebrities, the powerbrokers, and the supporting characters. Perhaps you will see a flicker of understanding when you look into a chimp’s eyes, assessing you in return – a look of apparent recognition across the narrowest of species barriers.

The most visible of Gombe’s other mammals are also primates. A troop of beachcomber olive baboons, under study since the 1960s, is exceptionally habituated, whereas the red-tailed and red colobus monkeys – the latter regularly hunted by chimps – stick to the forest canopy. The park’s 200-odd bird species range from the iconic fish eagle to the jewel-like Peter’s twinspots that hop tamely around the visitors’ centre. After dusk, a dazzling night sky is complemented by the lanterns of hundreds of small wooden boats, bobbing on the lake like a sprawling city.